First of all, I want to apologize for the post that went out yesterday if you subscribe by email or just happened to look at my blog.   I had the post written, and it was in my drafts folder.  Then I added and changed a few things and hit the publish button.   When I went to look at it on line, I noticed that it already had 11 comments.  I had posted that same  post about a year ago, but somehow it was back in my drafts folder.  I'm not sure how that happened.


I take photos with either my iPhone or iPad and then email them to my blog where they save as a draft post.   I intend to get back in here and write something to go along with the photos and then post.  That doesn't always happen, and that's how I ended up with 57 posts in my Drafts folder.   I've cleaned that out only kept a few things that I really want to post.

Last November we celebrated our 20th year getting together for the Jane Stickle Quilt Retreat up in Shipshewana.   I have only been going 18 of those years, but I've made friendships that will last a lifetime.   We had a very large crowd last November (I think around 130), so we had a separate night for just Dear Jane show and tell.

Here are the quilts that I showed: 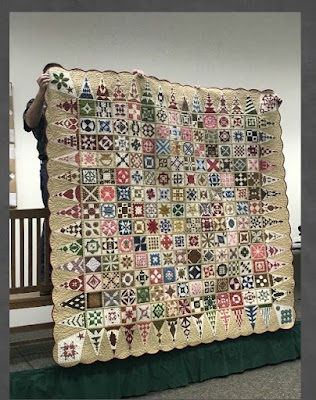 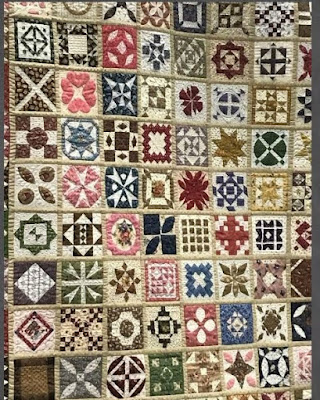 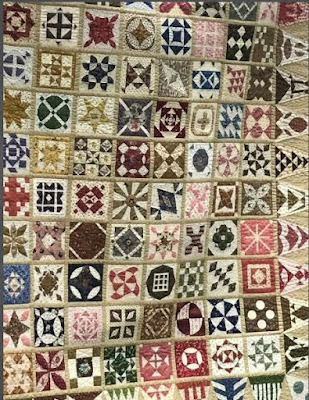 There was an internet Dear Jane list, and we had a signature block swap.  Some of the blocks have hand sewn beads and buttons and embroidery. 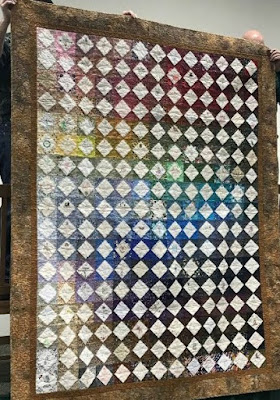 The blocks in this quilt are from a Spring Fling swap.  I bought the center applique block at Rebeccar Harrer Arts and Antiques in Shipshewana. 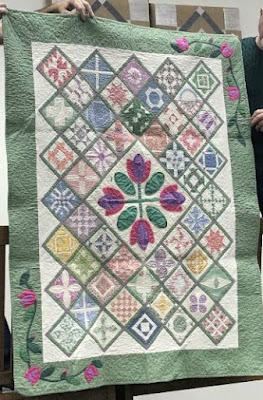 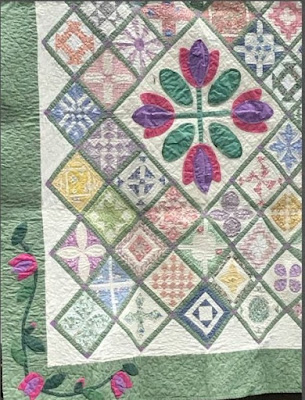 When I first became part of the Dear Jane list and retreat, whenever someone said the word swap, I asked where I should sign up.  This quilt is made up of swap blocks from some of the girls that come to the retreat.  I'm not sure what I was thinking with that bright yellow sashing, but it definitely brightened up all of the dark blocks. 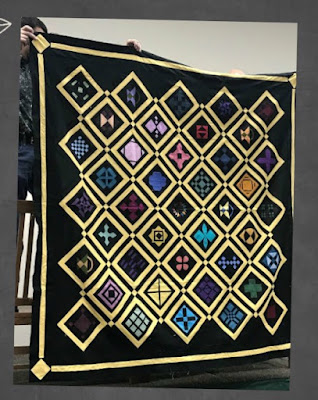 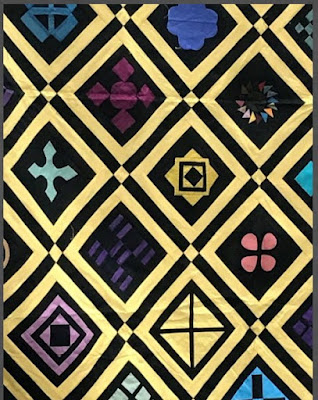 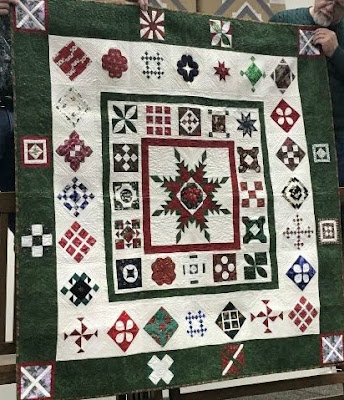 At some point, a second Dear Jane list formed.  I'm not sure now what the reason was for that.  But, I signed up for this list, too.  They had a Christmas signature swap, and this is the quilt I made.  I love arranging the signature blocks in a colorwash pattern.  All of the blocks have Christmas fabric on the corners. 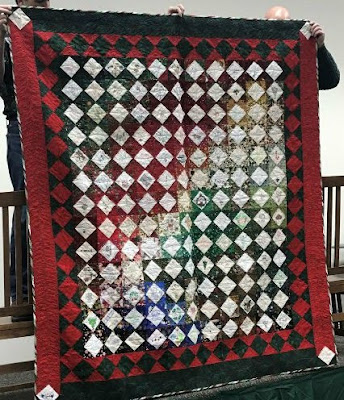 This is a photo of all of us that were at the November retreat that have completed the Dear Jane quilt. I'm the only one in the photo wearing red  (I didn't get the memo!) 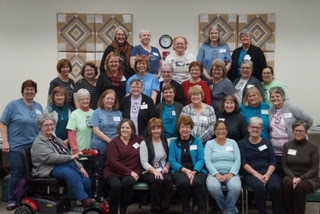 I've made enough swap blocks that I could have made a second Dear Jane quilt.  There are some in our group that have made 5 or 6 Dear Janes.   I've thought about making a second smaller quilt.   I think there is kind of a withdrawal when you finish a huge project like this.  After this I moved on to the Nearly Insane quilt and finished it.  You can see that quilt by looking under my header at the My Quilts tab.

Thanks for stopping by for a visit.

Hope you are finding some time to stitch today!
Posted by LuAnn at 6:30:00 PM 12 comments: 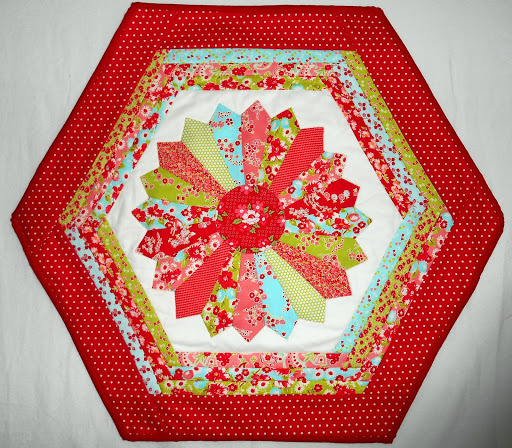 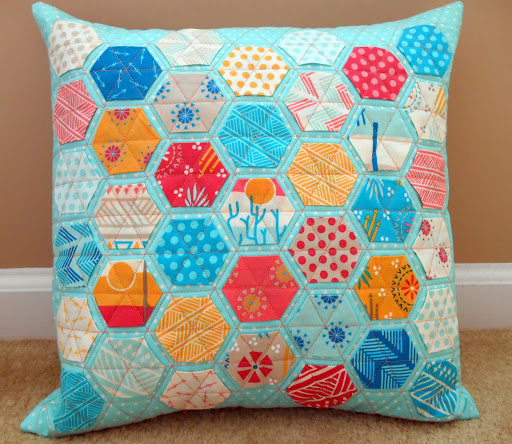 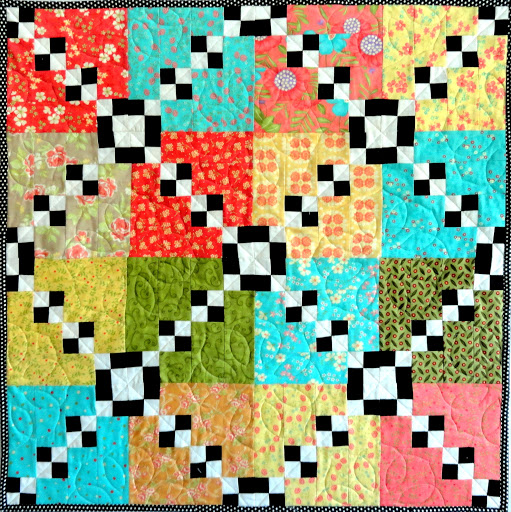